Nickm is an independent researcher with a lifelong interest in ancient cultures, vanished civilisations and old knowledge. His Healing History presentations cast an engaging and colourful light on the skills of our ancestors.

From the birth of Earth to the age of prophecy, Nick makes clear connections between the genius of earlier ages and contemporary ideas, whilst questioning modern interpretations of humanity's past.

Ceremony, Healing and the End of a World Age History, geometry, alchemy and a technology for individual change all in just 120 minutes!

For thousands of years, humankind has heard tales of ancient visitors, of giants and exiles, sudden civilisations and a slave race. Nick's latest talk touches on many of the stories of creator gods, genetic manipulation, and entities that walked and built on Earth many millennia ago. It is suggested that the panoply of woes that seem currently to characterise life on Earth stem directly from aspects of this hidden history and that humankind has been demonstrably enfeebled by the process.

By way of solution, the heart of this presentation concerns a ceremonial means of re-strengthening permanently aspects of the human energetic system through interaction with fire, crystals and geometric form. 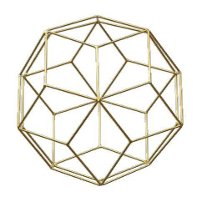 The Ceremony of Original Innocence is simply a beautiful way to a new beginning, just as the first of many drops of rain began the oceans. The Ceremony reconnects 12 circuits of electromagnetic energy into the human bio-system, permanently.

This revitalises our links with elemental world. In the accompanying workshops muscle-testing is used to show each individual that where there was once weakness there is renewed strength. 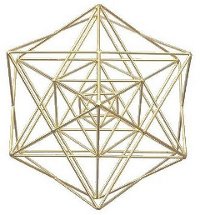 Ceremony is a seed – Plant it
Alchemy and the birth of modern science - an illustrated introduction to some of history's edgeworkers; 90 mins

With origins in Egypt and Babylon, alchemy is the story of humankind's earliest quest to understand and bring into balance the inner and outer worlds. Before their discovery by modern science, alchemical initiates manifested microscopes, submarines, gunpowder, alchohol, porcelain and much, much more.
Alchemists were the midwives of ideas and methods that were to become the science of our modern age. 2000 years ago, wherever there was an edge there was an alchemist.
This is their story.
A Human History – 60 million years in transition - an illustrated journey from the birth of Earth to the age of prophecy; 90 mins

From the first single-celled entities to temples, crops and empires, this is a spectacular and quirky investigation of the history of cooperative effort on planet Earth.
Illustrations include a 29000 year old pottery in ice-age Europe, a megalithic site with 300 carved standing stones that were buried 7000 years before Stonehenge was built, and a temple platform of unknown age that includes the most massive stones ever used by Earthly architects.
It's history, folks, but not as we know it!
Sacred Geometry – an illustrated introduction - a lively & detailed introduction to the principles of growth and form; 90 mins.

We are each made up of billions of centres of vibrating energy, the distribution of this energy is governed by the same geometries that define the cosmos.
This presentation makes use of holograms, illusions, 3d images and exquisite models of geometric form to introduce the shapes that are the basis of manifest creation.
From the dot to hyperspace – no previous experience necessary.
The Ancient Maya – history, culture and calendars - a history of the peoples and practices of Mesoamerica; 1 day workshop

Including:
☆ an illustrated introduction to the ancient Maya including extensive reference to the role of the military centre at Teotihuacan and to other ceremonial peoples such as the Olmecs and Zapotecs.
☆ an introduction to Mayan sacred calendars and to the nature and relevance of prophecy.
☆ a workshop to discover and investigate your personal Mayan sun sign.
Celebrate the Past - Inform the Present - Embrace the Future
www . HealingHistory . dr-rock . biz